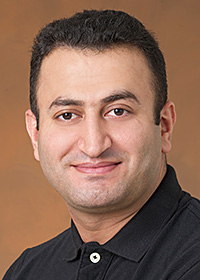 I am the AI/Robotics Software Engineer at the A³ by Airbus. I work on the various autonomy tasks in the Wayfinder project.

Previously, I was the Autopilot Software Engineer of Autopilot Department at Tesla Inc. In this role, I contributed to the development of vehicle intelligence software, namely behavior planning, path planning and controls, for Tesla’s Model S, E, X cars. Prior to my role at Tesla Inc, I was the Robotics Research Engineer at Voyage Auto, Inc. I was responsible for the development of fast, reliable motion planning and controls software for self-driving taxis.

My academic research interests include motion planning, machine learning, computer vision, control of multi-agent systems, dynamic modeling, guidance, navigation, and control for robotic systems and autonomous vehicles. Before joining Tesla and Voyage, I worked as the Robotics Technologist at NASA/Caltech Jet Propulsion Laboratory where I contributed to several projects and led the development of decision making and planning software for various robotic platforms.

During my doctoral studies, I had the opportunity to work as the research intern at Mitsubishi Electric Research Labs and did Co-op as the Guidance, Navigation, and Controls Engineer at Aurora Flight Sciences where I developed the high-level route planner for full-scale autonomous Boeing helicopter during Autonomous Aerial Cargo Utility System (AACUS).